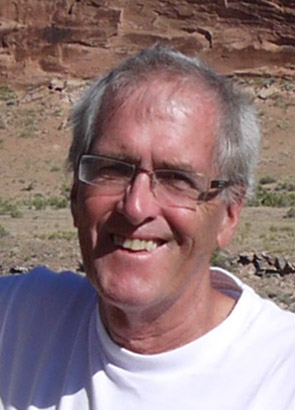 Bruce W. Lites, senior scientist emeritus of NCAR, is a solar physicist and longtime scientist at NCAR’s High Altitude Observatory (HAO). He is a specialist in analysis of spectroscopic measurements for interpretation of solar phenomena. He is noted for numerous and varied scientific achievements including the first analysis of the formation of neutral iron lines in the solar spectrum, an observation-based understanding of the character of the vertical propagation of waves in the quiet solar atmosphere and in sunspots, the development of the first stable inversion procedure for inference of the magnetic field vector from Stokes profile observations, the discovery of small-scale horizontal magnetic fields in the solar photosphere, and observational inference of magnetic flux ropes in the solar photosphere.

Lites first joined HAO/NCAR in 1968 as a graduate assistant, and attained his Ph.D. from the University of Colorado in 1972 under the mentorship of HAO’s R. Grant Athay. After a postdoctoral appointment at the Geneva Observatory in Switzerland, Lites joined the Laboratory for Atmospheric and Space Physics at the University of Colorado to work on the Orbiting Solar Observatory-8 mission in 1974. He continued work at HAO/NCAR in 1979-1980, then spent four years at the National Solar Observatory (NSO) in Sunspot, New Mexico. In 1984 he rejoined HAO/NCAR until his retirement in 2011.

While at NSO in the early 1980s, Lites developed an interest in solar “spectro-polarimetry” (polarization measurements of resolved spectra) as a means to remote-sense the Sun’s magnetic field. That interest defined the path of his career from that time onward. He was the principal scientist for the HAO/National Solar Observatory Advanced Stokes Polarimeter (ASP), a facility instrument that provided the first high-resolution, quantitative mapping of the detailed structure of the magnetic field in the solar photosphere. The great success of the ASP spurred development of similar ground-based spectro-polarimeters worldwide, and eventually led Lites to develop the very successful Spectro-Polarimeter onboard the Japan/US/UK Hinode space mission. Hinode was launched in 2006 and continues to operate to this day as an invaluable community observing facility.

Investigate magnetic field structure in the solar chromosphere, its relationship to fields in the solar photosphere below (where we have the capability of precise measurements), and above in the solar corona. This research goal is central to the Frontier 1 outlined in the current HAO Strategic Plan.

Continue work with data sets toward development of diagnostics for chromospheric magnetic fields. The direct aim of this work is to determine if the emerging flux rope model for filament formation is viable (or not) in the face of measurements of the field from the photosphere into the chromosphere. Some spectro-polarmetric measurements of the infrared He I line at 1083 nm along with intensity spectra in the chromospheric Ca II line at 854 nm were obtained in 2011 at the German Vacuum Tower Telescope on Tenerife, simultaneously with photospheric vector field measurements from the Hinode spacecraft. These data are currently under study.

Bruce is involved with the proposed Solar-C mission, which has recently made the decision to attempt measurements of chromospheric magnetic fields from space. There is a possibility for another HAO/Lockheed Martin Solar and Astrophysics Laboratory collaboration to provide an instrument for Solar-C, much in the same way that was done for Hinode. He will maintain some involvement in this effort and assist HAO in appropriate ways to foster this opportunity.

The IRIS Mission and Chromospheric Structure

Continued involvement with the NASA Interface Region Imaging Spectrograph (IRIS: https://iris.lmsal.com/) mission. This mission, launched in mid-2013, provides unique observations of spectra of the solar chromosphere and transition region at high spatial and temporal resolution. Along with PhD candidate Carlos Quintero of the Instituto de Astrofisica de Canarias (Spain) and Valentin Martinez Pillet (National Solar Observatory, USA), Bruce has begun an investigation of the chromospheric manifestations of explosive events in the quiet photosphere. The photospheric events were discovered in data from the Sunrise Balloon mission, and for his PhD thesis, Quintero has further explored the events using data from the Hinode spacecraft. The chromospheric MgII emission spectra at 280 nm observed with IRIS provide a much better diagnostic of chromospheric dynamics than any other available high-resolution observations. The IRIS data will be combined with simultaneous spectro-polarimetry of the photospheric magnetic field using Hinode data. Once candidate data set is now in hand, and under study.

Bruce’s involvement with the Hinode mission will continue. He has had primary responsibility for maintaining and updating the calibration procedures for all data from the Hinode spectro-polarimeter, and expects to continue in this capacity to the extent necessary indefinitely into the future, as this instrument is an invaluable source of measurements of the solar magnetic field for the entire solar physics community. He also continues to perform analysis and interpretation of Hinodedata, both for photospheric magnetic field structure, and also for the photospheric magnetic fields in relation to their counterparts at higher levels. Furthermore, he is collaborating with HAO’s Scott McIntosh and Rebecca Centeno to explore the Hinode “Irradiance Scan” data: observations taken monthly spanning from pole-to-pole that are intended to provide diagnostics of the magnetic field structure as a function of solar latitude, and its relationship to other phenomena such as solar granulation and super granulation, on time scales comparable to a solar cycle.

Bruce is the principal organizer of the International Astronomical Union (IAU) Symposium 305, “Polarimetry: From the Sun to Stars and Stellar Environments”, to be held in Costa Rica in late 2014. He has primary responsibility for the scientific and logistical organization of this meeting, which will be the first IAU symposium to promote this meeting. One of the primary aims of the symposium is to elevate astronomical science to Central and Latin America.

Bruce will continue to promote student involvement in his work, through HAO. When he is on site in Boulder, he will work with students to collaborate and foster continued interest in spectro-polarimetry. Additionally, Bruce is working with colleagues in Costa Rica and hopes to collaborate with PhD students there.