NCAR was designed by a small group of innovative scientists, most of them university faculty members, as a creative response to major challenges that faced the nation in the years between the 1930s and 1950s.

Departments of meteorology had been established at the Massachusetts Institute of Technology, the University of Chicago, and a few other U.S. universities in the 1930s. Their goal was to scientifically investigate the physical principles that were thought to define the behavior of the atmosphere. Within a decade, military operations of World War II were unlike those of any previous wars; massive land, sea, and air assaults were highly dependent on weather conditions over vast regions, from the North Atlantic to the South Pacific and from the poles to the tropics.

University meteorology departments grew rapidly as the military services sent weather officers to learn the fundamentals of meteorology. These officers' assignments ranged from daily weather forecasting to strategic planning for vast military operations like the D-Day invasion in Normandy. The military services also supported meteorological research to improve understanding of weather and climate. Military pilots on long-range bombing missions discovered the fast-moving, high-altitude rivers of air that came to be known as jet streams, now recognized as key elements in the large-scale circulation of the atmosphere.

Despite the impressive training programs of the 1940s, the field of atmospheric science lost ground in the postwar years, becoming a sort of poor cousin to many other branches of science. Approximately 90 percent of American meteorologists in mid-century were employed by the federal government, mainly to do weather forecasting rather than basic research on the fundamental problems posed by the atmosphere. The number of new people entering the field was woefully low. At the same time, meteorology boasted the smallest percentage of doctoral degrees of any scientific discipline.

In 1956, the National Academy of Sciences convened a committee of distinguished scientists to investigate the state of meteorology. Noting the size and complexity of atmospheric problems and the inadequate resources for solving them, the committee recommended an exponential increase in support for basic research. Coupled with new funding, the committee planned to establish a national institute (later called a national center) for atmospheric research to be operated by a consortium of universities with support from the National Science Foundation.

The mission of the institute would be to:

In 1960, NCAR began operations in Boulder, Colorado, as a program of the National Science Foundation managed by the nonprofit University Corporation for Atmospheric Research. At the time, NSF itself had been in existence only 10 years.

Today, NCAR provides the university research and teaching community with tools such as aircraft and portable ground-based systems to observe the atmosphere and with the technology and assistance to interpret and use these observations, including supercomputer access, computer models, and user support. NCAR and university scientists work together on research topics in weather, water, climate, atmospheric chemistry, interactions between Sun and Earth, and more. 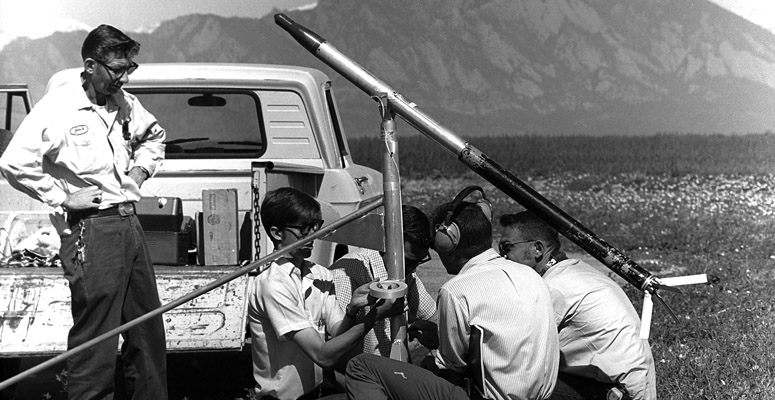 Our digitized collection of historical documents, photographs, and audio interviews help tell the story of the many contributions of NCAR and our community collaborators to Earth system science.