What are the limits of modeling our planet?

Soon after their invention, scientists harnessed computers to serve as powerful mathematical “telescopes," enabling the investigation of problems that couldn’t be solved by human brainpower alone. These early explorations led to the discovery of chaos theory and soon thereafter to the modeling of that crucial, thin layer of fluids that enshrouds planet Earth – our atmosphere and oceans. These models produced improved weather forecasts, saving untold lives and property, and led to an understanding of the risks of continued greenhouse gas emissions, knowledge surely critical to sustaining human technological civilization.

What lies ahead for computing in atmospheric science? Today, the computing power once largely wielded by scientists is now in the hands of billions of people, readily accessible from any tablet or smartphone. Ideas like virtual reality, artificial intelligence, the internet of things and the cloud have leapt from science fiction and straight into consumer products. Science, which once led the charge in computing technology, is now both feeding off these macro trends and struggling to keep up. The road ahead will require us to rethink our approach to modeling, prediction, and delivering information to an increasingly wired society. This public talk will discuss some of the challenges and also provide a glimpse of the wonders that lie in store. 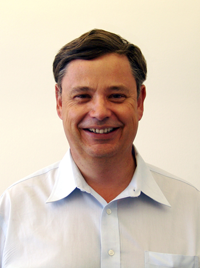 Richard Loft is the chief technology officer in the Computational and Information Systems Laboratory (CISL) at NCAR. In this capacity, he oversees CISL’s research and development efforts in areas such as technology tracking, algorithmic research, and the development of useful computational tools and services. Loft received a Ph.D. in physics from the University of Colorado Boulder in 1988. In 1989, he joined Thinking Machine Corporation, where he worked as an application engineer. Loft has worked at NCAR since 1994. He has authored over 30 peer-reviewed publications and two book chapters. At the IEEE Supercomputing Conference in 2001, his team received an honorable mention Gordon Bell prize for developing the High Order Method Modeling Environment (HOMME), a scalable dynamical core which was subsequently integrated into the widely-used Community Earth System Model. Recognizing the need to encourage the next generation to take up careers in high performance computing, in 2007 Loft created the Summer Internships in Parallel Computational Science (SIParCS) program at NCAR, which as trained over 100 students in computational science.