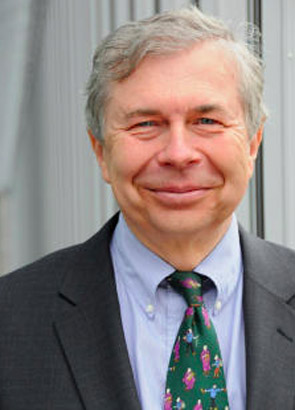 Guy P. Brasseur was educated at the Free University of Brussels, Belgium, where he earned two engineering degrees: one in physics (1971) and one in telecommunications and electronics (1974). He obtained his Ph.D. at the same university. During the following years, Brasseur worked at the Belgian Institute for Space Aeronomy, where he developed advanced models of photochemistry and transport in the middle atmosphere.

In 1988, he moved to NCAR, where he became director of the Atmospheric Chemistry Division in 1990. Between 1992 and 1996, he served as editor in chief of the Journal of Geophysical Research - Atmospheres, and during the period 1994-2001, he became chair of the International Atmospheric Chemistry Project of the International Geosphere-Biosphere Program (IGBP). On Jan. 1, 2000, Brasseur moved to Hamburg, Germany, where he became director at the Max Planck Institute for Meteorology, and honorary professor at the Universities of Hamburg and Brussels.

Between January 2002 and December 2005, he was the chair of the Scientific Committee of the IGBP. He was a coordinating lead author for the Fourth Assessment Report (WG-1) of the International Panel for Climate Change (IPCC). The IPCC was awarded the Nobel Peace Prize in 2007. Between January 2006 and July 2009, Brasseur was an associate director of NCAR and head of the Earth and Sun Systems Laboratory.

Between July 2009 and June 2014, he directed the Climate Service Center in Hamburg. He is now an external member of the Max Planck Institute for Meteorology and a distinguished scholar at NCAR. Brasseur is a member of the Academy of Sciences of Hamburg, an associate member of the Royal Academy of Belgium (Class: Technology and Society), and a foreign member of the Norwegian Academy of Sciences. He is also a member of the Academia Europea. He is doctor honoris causa of the Universities of Oslo, Paris (Pierre and Marie Curie), and Athens. He was awarded several prizes, including the 2014 Abate Molina Prize in Chile. Brasseur is currently the chair of the Joint Science Committee of the World Climate Research Programme.

Every year, air pollution is responsible for the premature death of more than 3 millions people in the world. The problem is particularly acute in Asia, South America and Africa, even though severe air quality issues remain in several regions of North America and Europe.

The development of comprehensive tools for the analysis and prediction of air quality can help decision-makers to take science-informed action to reduce chemical emissions, specifically in industrialized and urbanized regions. My plan is to contribute to the development of such integrated modeling systems that base their predictions on assimilated satellite observations (initial conditions), updated emission inventories, chemical and microphysical transformations, multi-scale transport processes, and surface deposition.

The next generation models will account for the interactive processes between gas phase compounds and aerosols including aqueous phase chemistry. Transport of chemical species across scales will be treated by global models that have unstructured grids and zooming capability to provide high-resolution information in specific regions. Applications of such models will be made in regions of complex topography such as the Andes in South America. Pre-operational modeling systems will be developed for applications in Asia, in South America and Africa. A better quantification of the influence of small-scale turbulence on the rate of reactions between pollutants, specifically in urban areas, where emissions are very heterogeneous and the small-scale dynamics very complex, will be performed.