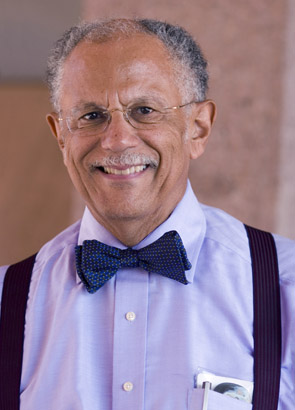 Warren Washington became one of the first developers of groundbreaking atmospheric computer models in collaboration with Akira Kasahara when he came to NCAR in the early 1960s. These models, which use fundamental laws of physics to predict future states of the atmosphere, have helped scientists understand climate change. As his research developed, Washington worked to incorporate the oceans and sea ice into climate models. Such models now include components that depict surface hydrology and vegetation as well as the atmosphere, oceans, and sea ice.

He has more than 150 publications and an autobiography, "Odyssey in Climate Modeling, Global Warming, and Advising Five Presidents." "An Introduction to Three-Dimensional Climate Modeling," written by Washington and Claire Parkinson in 1986 and updated in 2005, is a standard reference in the field.

Washington's past research involved using general circulation models and the Parallel Climate Model. His current research involves using the Community Earth System Model to study the impacts of climate change in the 21st century. Both models were used extensively in the 2007 Intergovernmental Panel on Climate Change assessment, for which NCAR scientists, including Washington, and colleagues around the world shared the 2007 Nobel Peace Prize.

Washington has engaged in research for over 50 years and has given advice, testimony, and lectures on global climate change. Washington has been a member of the President's National Advisory Committee on Oceans and Atmosphere and has had presidential appointments under the Carter, Reagan, Clinton, and Bush administrations. More recently, he served on the National Science Board as a member (1994-2006) and as its chair (2002-2006).

Washington has many awards, including being a member of the National Academy of Engineering, the American Meteorological Society, the American Philosophical Society, and the American Academy of Arts and Sciences. He is a past President of the American Meteorological Society and a fellow of the American Geophysical Union. Washington has honorary degrees from Oregon State University, Bates College, and the University of Massachusetts, Amherst, as well as the Vollum award from Reed College. In 2010, he was awarded the National Medal of Science by President Obama, the nation's highest science award "for his development and use of global climate models to understand climate and explain the role of human activities and natural processes in the Earth's climate system and for his work to support a diverse science and engineering workforce."

He has served on a number of National Research Committees of the National Academies and is currently serving as chair of the Committee to Advise the U.S. Global Change Research Program.

In support of my nomination for an NCAR Distinguished Scholar Appointment I would offer the following four year work plan:

I also plan to continue my work with the various NRC committees and other committees and boards. In particular, my term as chair on the NRC committee to “Advise the U.S. Global Change Program” runs until 2017. At the discretion of the Chief Scientist, I plan to remain as co-chair of the Community Earth System Model (CESM) Climate Change and Variability Working Group. I also expect to help with the analysis and publication of simulations of present climate and future climate change with different scenarios.

I will continue to work on a new book that explains the historical connection between early climate modeling and our present understanding of climate change. This book will also express some personal views of the future of climate model development as we enter into an era of increasing complexity and higher resolution.

Finally, I will continue my effort to increase diversity in the area of atmospheric and climate science. My efforts will be to give advice and talks when convenient.