Hail is one type of icy precipitation (along with graupel and ice pellets) that can be produced within most thunderstorms. The diameter of hail can range from a few tenths of an inch to over six inches, meaning hail can cause great damage to infrastructure like farm crops. As such, it's important as scientists and non-scientists to have knowledge of hail and how it affects our societies. 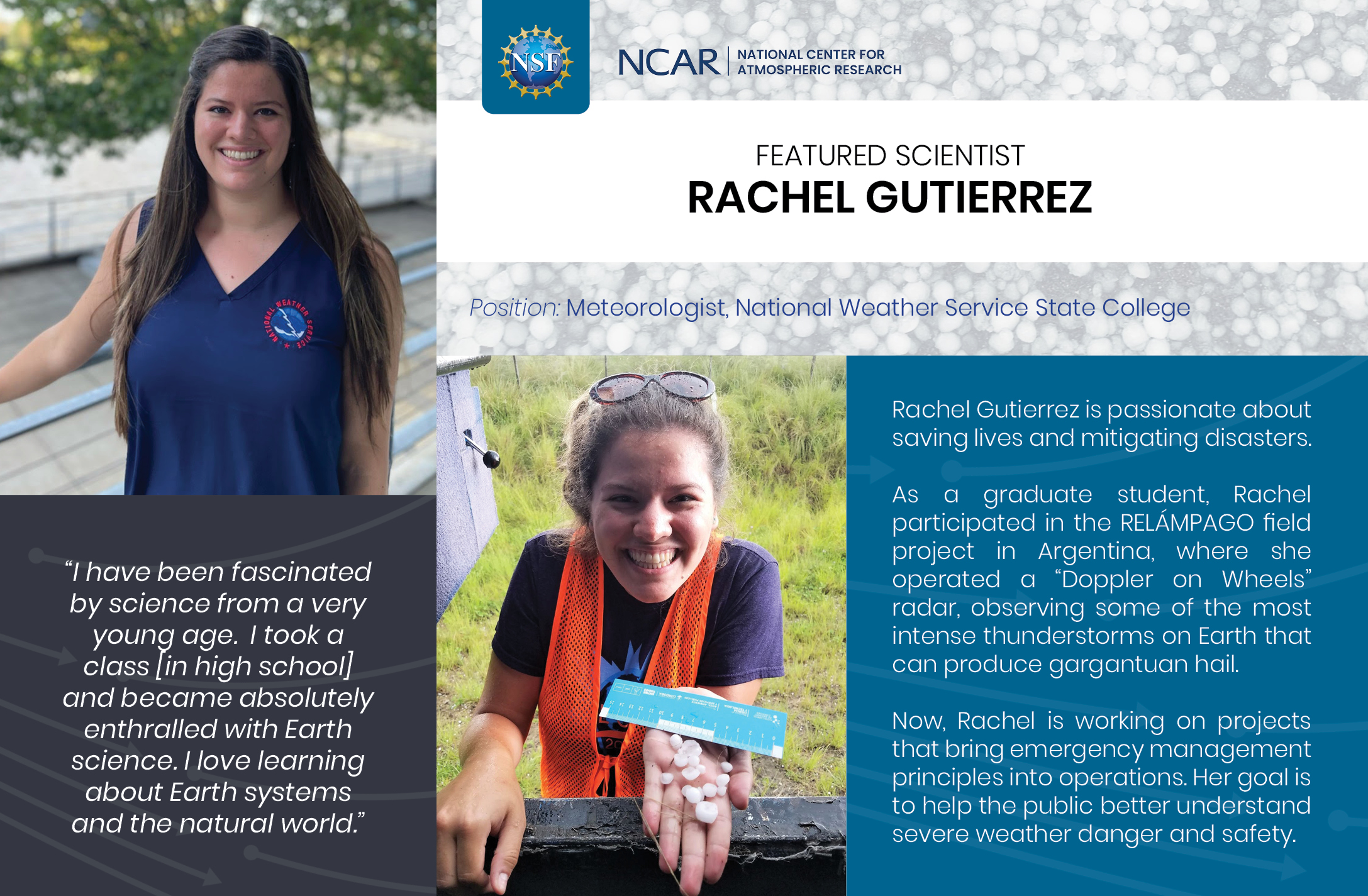 The inside of hailstones 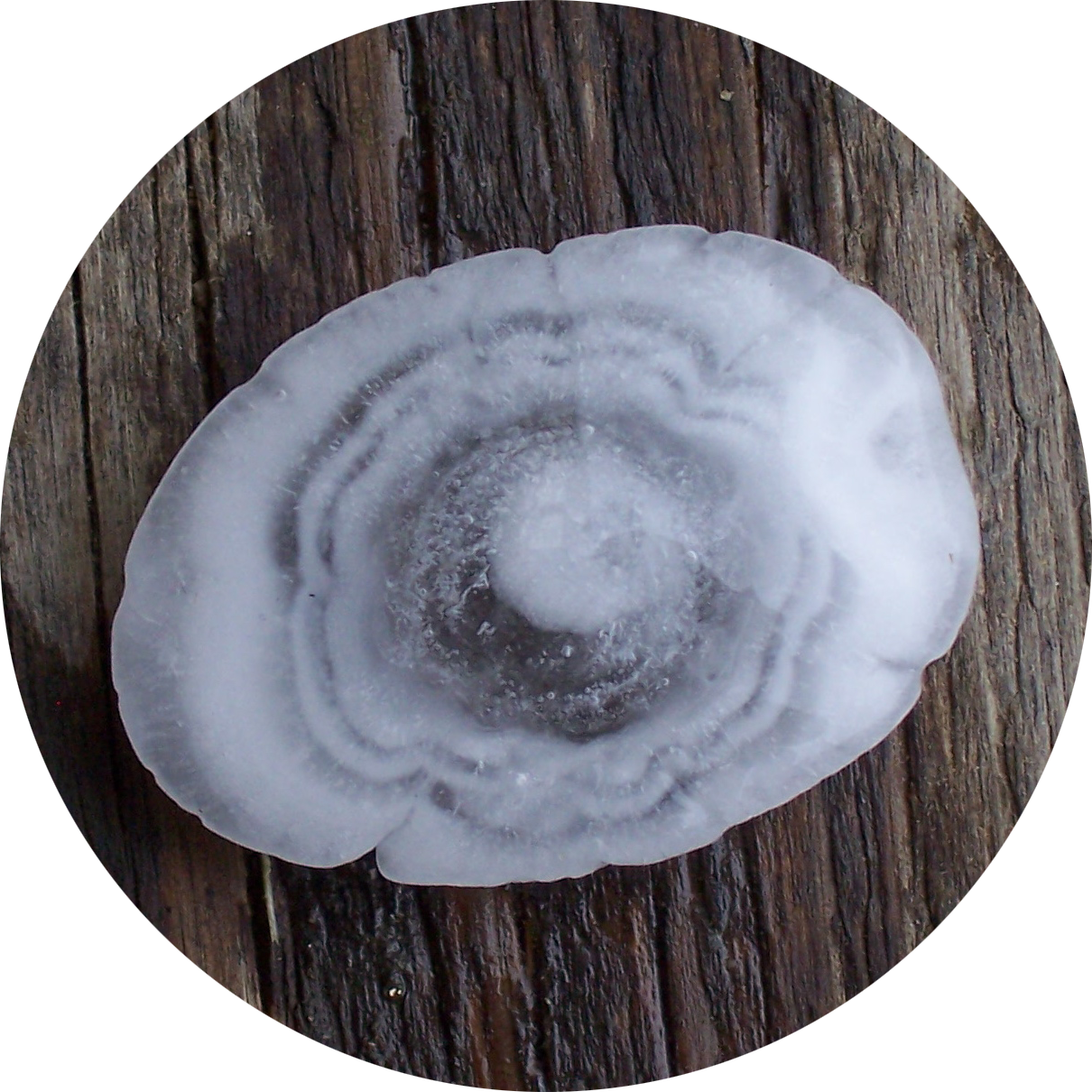 Take a look at this photo of a hailstone cut open (photo credit: ERZ). Doesn’t it look like the trunk of a tree made of ice? The center of the hailstone is a droplet of frozen water that can stay inside a thunderstorm cloud thanks to ascending and descending air currents. Do you see how some layers are white and others transparent? The layers form as the hailstone travels through different parts of the cloud and is hit by super cold water. If the hail is in a part of the cloud that is very cold, the droplets freeze very quickly and trapped air bubbles remain, making the ice look opaque or white. If it is not so cold, the droplets have the chance to melt a bit and let air escape. When frozen again, this layer appears transparent. Hailstones will stay in the cloud until air currents are no longer strong enough to support the weight and the hail will fall to the ground.

Want to study hail from your own backyard? 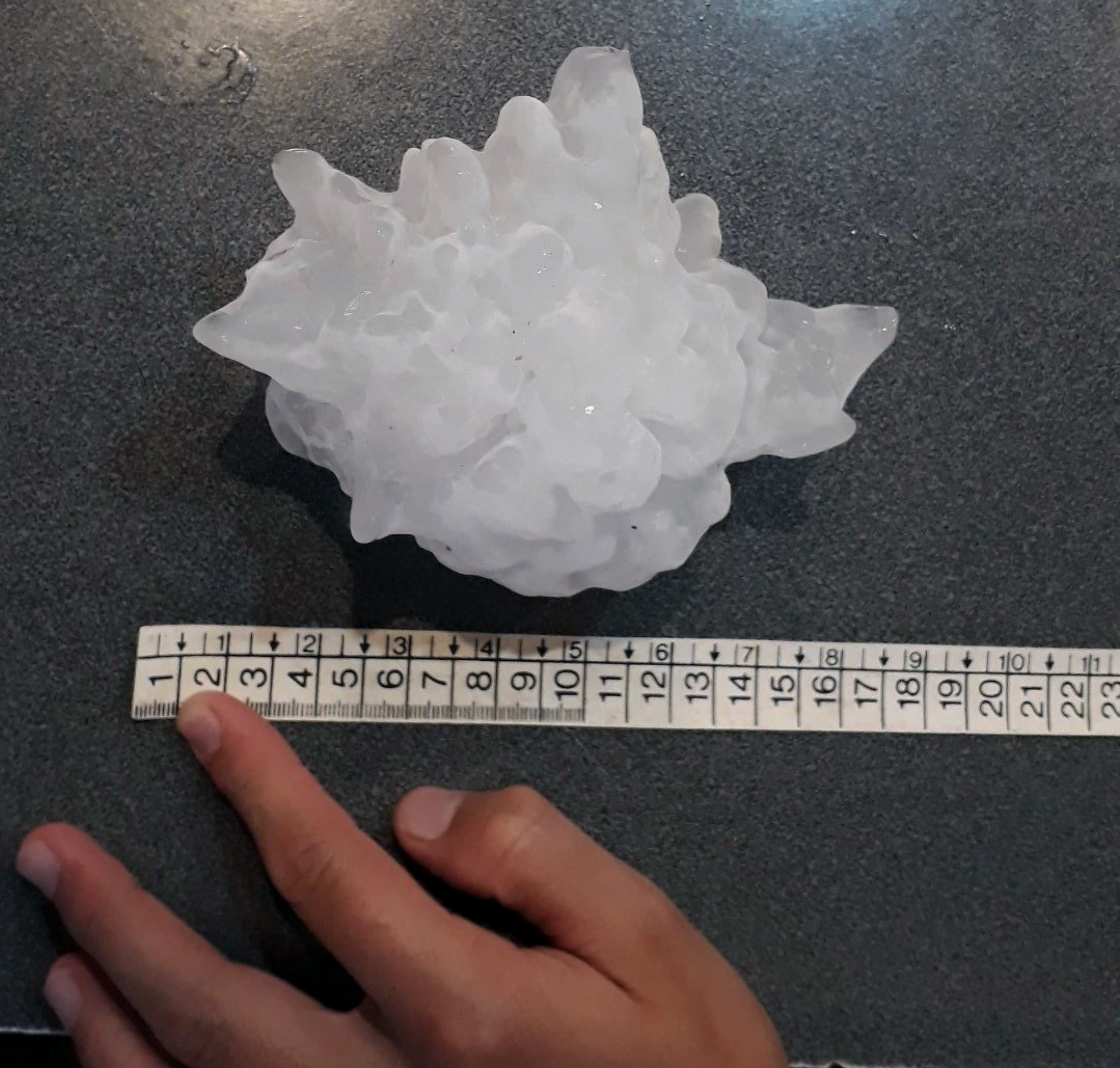 To study hail, the most important thing is to not touch it to prevent it from melting, but rather take pictures in the place where it fell. Then you can observe two things:

Look at a hailstone in augmented reality

Using a mobile device, you can have an augmented reality (AR) experience of a hailstone! 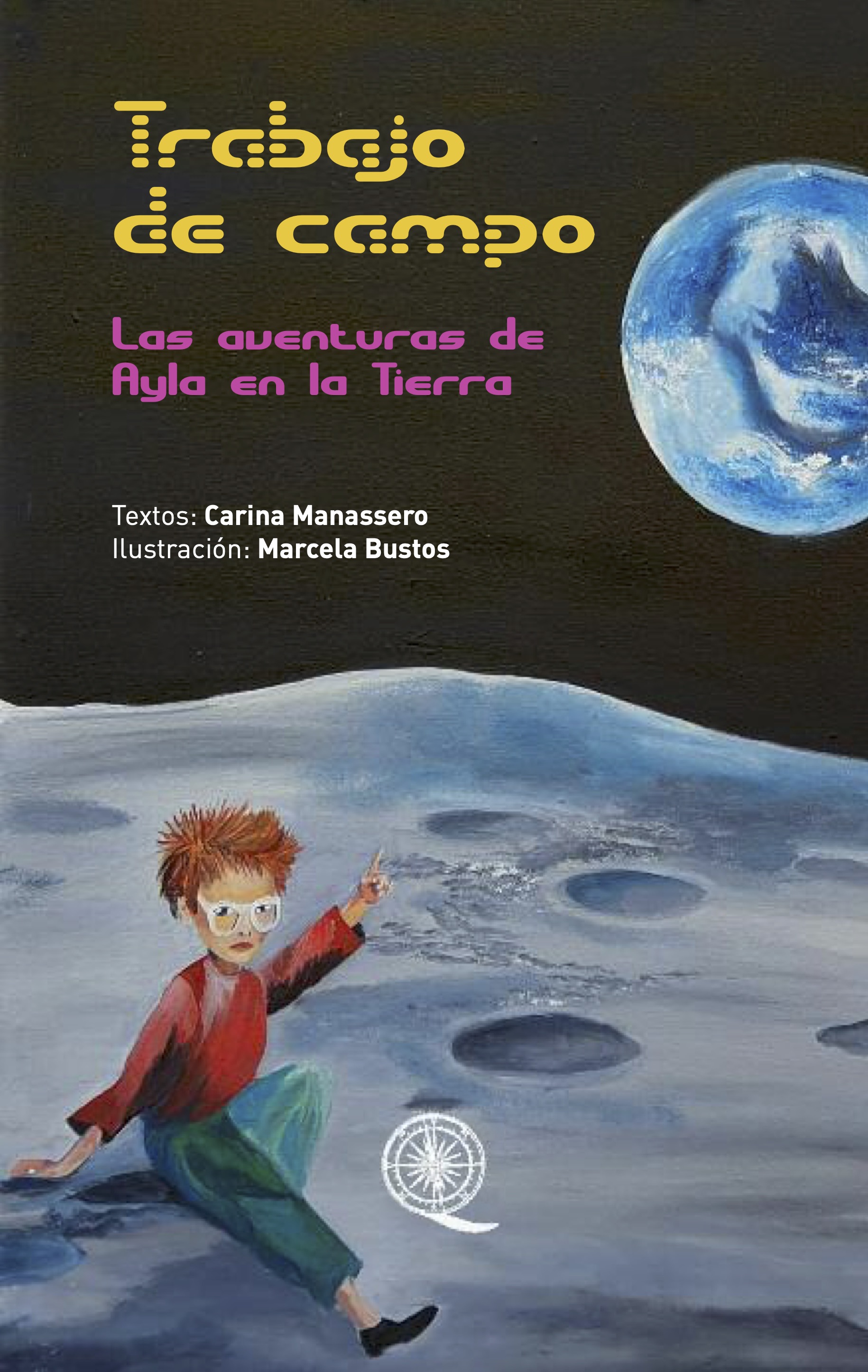 An English version of Ayla's adventures is also available.

Exploring Hydrometeorology and Hail during RELÁMPAGO

RELÁMPAGO, or the Remote Sensing of Electrification, Lightning, and Mesoscale/Microscale Processes with Adaptive Ground Observations, is a field campaign supported by NCAR in Argentina and active from June 1, 2018 to April 30, 2019.

In this video, we explore the hydrometeorology and hail investigations that occurred during RELÁMPAGO.

Catch up on some results coming out of the RELÁMPAGO project with Penn State professor Matt Kumjian, National Weather Service meteorologist Rachel Gutierrez, and eye-witness to gargantuan hail Victoria Druetta in this virtual panel discussion on hail. 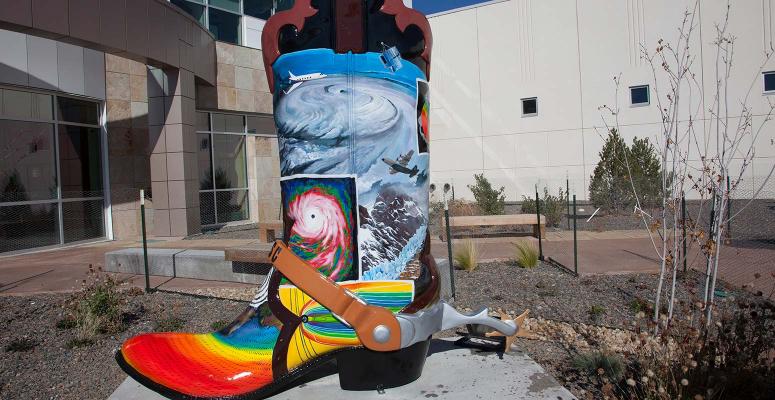 BEYOND SCIENCE - Science engagement and communication through the arts & culture