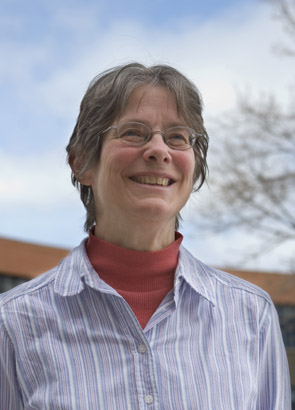 Margaret LeMone, now a senior scientist emerita at NCAR, has studied aspects of the atmospheric planetary boundary and its interaction with the surface and with clouds overhead, and the origin and impact of mesoscale convective systems in the tropics. This work involved design and participation of around 25 field programs, including GATE, TOGA COARE, and CASES, and then collecting and analyzing data. It has also involved close collaborations with modelers, starting in the 1970s when she worked with Gilles Sommeria on replicating data collected in a trade-wind fair-weather boundary layer to the north of Puerto Rico in the first large eddy simulations to include clouds, and continuing through to the present, when she works with WRF land-surface and PBL-scheme developers to see how well the schemes work, and what improvements could be made.

She has been particularly interested in atmospheric coherent structures -- the conditions under which roll vortices form in the boundary layer -- as well as the circumstances under which convective bands and squall lines are two-dimensional enough to increase the vertical shear of the horizontal wind. Her most recent work was an observational and modeling study on how modification of the surface and its vegetation by the 2002 Hayman fire kept the weak-wind, late-summer boundary layer from cooling as much at night as the surrounding forest.

Her current project is a review of the progress in boundary-layer meteorology over the last 100 years, as part of a monograph celebrating the 100th anniversary of the American Meteorological Society (AMS). In addition of a logical extension of her boundary-layer research, this review is also an extension of her interest in the way that science is conducted, reflected in an early paper on the lag time between field programs and the resulting published papers and a talk on the need to recognize peer review in the so-called scientific method she gave at the AMS Broadcasting Conference in 2011 as AMS president.

Her career has included service activities as well as science. Witnessing the plight of her mother, who after being widowed at age 37, went back to school to become a nurse anesthetist, and raised LeMone and her three older brothers on her own in the 1950s, she immediately accepted Walt Robert’s invitation to head the AMS Ad Hoc Committee on the Status of Women in 1974. The committee, after a highly successful and packed session at the 1975 AMS Annual meeting in Denver, combined with the Ad Hoc Committee of Minorities into today’s Board on Woman and Minorities, with LeMone as the founding head. She conducted the first two AMS surveys on women (the first with Joanne Simpson, the second with Pat Waukau of NCAR), and gave several talks on women in meteorology at universities, AMS meetings, and NCAR. She was an editor of the Journal of the Atmospheric Sciences, a member of the AMS Council, the AMS Executive Committee, and President of the AMS. At NCAR, she was also involved in SOARs for several years.

Her childhood passion for weather (she took weather records as a child) fed her interest in education and outreach. Referrals from Lou Battan, whom she met while on the AMS Council in the 1970s, provided her the opportunity to work on articles for the World Book Encyclopedia, as a content reviewer on some elementary- and middle-school textbook, and as author of six chapters in a 9th-grade Earth Science text. Around 1990, a popular talk on clouds she developed for an NCAR science outreach series morphed into a regular lecture for the AMS Project Atmosphere teachers and then the book, The Stories Clouds Tell, which is now in its second edition.

She was also a teacher (1992-1996), and later a PI, for NCAR’s Project LEARN (1996-2000), which took her and other NCAR scientists and educators to towns across the state of Colorado, for teachers’ workshops on weather and climate. From 2003 to 2009, she was chief scientist of the GLOBE Program, ensuring the scientific validity of protocols used by schools to measure soil, plant, and atmospheric variables to be posted on the GLOBE web site, and writing blogs on various environmental topics and observations that kids can do in their backyards  on everything from cricket chirps to temperatures at different levels in deep snow.  She has also produced blogs for NCAR  (e.g., on the 2013 flood) and heating the Anthes building.

LeMone is fellow of the AMS, fellow of the AAAS, and a member of the National Academy of Engineering. She has received several awards from the AMS, including an Editor’s Award, the Charles Anderson Award (for Education and Outreach), the Joanne Simpson Mentorship Award in 2013, and was named an Honorary Member in 2017. She received NCAR’s Education Award in 1995, and was named an outstanding Alumnus of the Columbia, Missouri Public Schools in 2011.

With a background of research on the atmospheric boundary layer and its interaction with clouds and the surface, and the origins and impacts of deep convection in the tropics, my research efforts in the next several years could take unforeseen directions. Likewise, I have written a book on clouds and blogged about simple observations given presentations at schools, and volunteered in preparing and documenting fossils in the CU collection, any of which could lead to future efforts.  However, my current plans are focused on the boundary layer, given my most recent personal research and lead authorship on a review paper on 100 years of progress in the boundary layer, prepared at the request of the AMS to be included in a monograph that celebrates its 100th anniversary.

My present and future research, some of which has been informed through doing this review, will focus on representing and understanding observed surface- and boundary-layer processes, how well they are represented in the Advanced Research version of the Weather and Forecasting model (ARW-WRF, hereafter referred to as “WRF”).  In the past, such work has revealed weaknesses and led to adjustments in some of the surface and PBL parameterization schemes.  I anticipate that such work will be in collaboration with Fei Chen’s group at NCAR, some folks in MMM, and colleagues in the universities and elsewhere with interest in developing such schemes. As in the past, I am interested in the whole diurnal cycle, and soil as well as atmospheric processes.  I also anticipate this work could shift as NCAR’s modeling efforts evolve.

The review paper has put in context some exploratory work I was doing for the last few months on profile-based temperature and humidity budgets based on radiosonde data collected in Kansas during the 1997 Cooperative Atmosphere-Surface Exchange Study (CASES-97), and from early-morning data from the Cabauw tower in the Netherlands.  Both sets of analyses reveal departures from the “classic” buoyancy-flux profiles that strictly apply to steady-state boundary layers; and both present opportunities for model-observation comparisons to reveal strengths and weaknesses in PBL parameterization schemes.

In addition, I plan to extend a study with Chen’s group on how boundary-layer processes have changed in the 2002 Hayman Fire scar in response to the recovering vegetation and soil.  From 2010 data, we found that compared to an adjacent forest site, the late-summer boundary layer stayed warmer at night up to 500 m off the surface at a fire-scar site, where sparse grass and charred trunks had replaced the forest.  A modeling study indicated similar effects across much of the fire scar.  We plan a follow-up study to see how this effect is being mitigated as the vegetation recovers.

Finally, I want to address some questions posed while examining datasets from past field campaigns.  First, I want to explore the effect of cloud shadow on surface fluxes (Can it be quantified in measurements?  If so, can we improve representation of cloud shadows in land-surface models?). And secondly, there are two mesoscale features documented during CASES-97 that merit further documentation and study,

(a)   a mesoscale convective circulation extending across the Walnut River watershed (~60 km) in SE Kansas that developed on a weak-wind spring day.  The circulations were linked to a combination of the impact of dormant (warm) grass and the high edges of the Walnut River watershed and green (cool) winter wheat in the valleys, reinforcing one another to maximize high-elevation warm temperatures and low-elevation low temperatures. We detected no such circulation on weak-wind summer days in the same area during IHOP-2002, perhaps because vegetation (green grass, winter-wheat stubble) and elevation effects cancelled, and

(b)   a fair-weather mesoscale (> 40 km long) “front” passing through the CASES-97 array at night – with no obvious mesoscale or synoptic origin.

As opportunity presents, I will likely collaborate with others on other topics of interest, including deep convection and boundary layers in the tropics.

Finally, I will continue to help NCAR in maintaining and expanding the data archives for especially the GATE, CASES-97, and TOGA COARE; and to support full participation of all talented and dedicated people in our science.