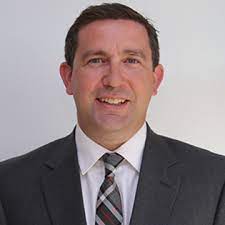 Scott McIntosh is the Deputy Director of the National Center for Atmospheric Research (NCAR) and the former Director of the High Altitude Observatory (HAO). Scott received his First Class Honors Degree in Mathematics and Physics and his Ph.D. in Astrophysics from the University of Glasgow, Scotland. Scott’s research in the field of solar physics has focused on three main areas: the detection and impact of magnetohydrodynamic waves; the detection and understanding of ultraviolet and extreme ultraviolet radiation; and understanding the decadal evolution of the solar plasma.

Scott has authored, or co-authored, over one hundred and thirty journal articles since receiving his Ph.D. in 1998. Those articles include more than fifty as first author, eleven in high-profile (five articles in Nature and six in Science). His current “H-index” is forty-one and he has over 7,200 citations. Recently Scott has examined the evolution of ubiquitous emission and magnetic features in the Sun’s outer atmosphere that demonstrate a clear link to the processes which drive the (quasi-)periodic appearance of sunspots. Monitoring the evolution of these features can help us understand how the Sun’s radiative, particulate and eruptive output modulate on annual, decadal with a real insight into evolution across weekly, seasonal, decadal to the centennial scales that are pertinent to climate through the detection of magnetized Rossby waves in the sun’s interior.